Like A True Champion Coach PK Wins Gold At Nationals!

Like A True Champion Coach PK Wins Gold At Nationals!

It was another incredible performance from our very own Coach PK this past weekend as he took to the Powerlifting stage at the Canadian National Championships in Calgary!

For those of you who are not familiar with Powerlifting, it’s a world-class competition where athletes perform a maximum single rep in the squat, bench press and deadlift, all within a few hours.

Then the best score from each lift is pulled out and added up for a total lift score to decide the winner.

The day started off early with a 6:30 am weigh in where Coach PK basically stepped on the scale with a meal in hands weighing in 5 lbs. under the limit (easy work).

With not much time to rest, the competition kicked off at 8 am sharp with the squats!

The squats are the most dreaded of the three lifts for pretty much all of the competitors because it has the highest risk of injury, and failure with a ton of weight on your back can be devastating.

The lift was clean and he was on the board!

In order to have a chance of winning the competition, the athlete has to complete at least one clean attempt for each of the three lifts so our strategy is to always open with a weight that can be completed without much stress, but don’t get confused, the opening weights are still massive!

There are a number of rules and standards that are enforced by the judges that decides whether or not a lift is a success.

After his first clean squat, we put in 210 KG (462 lbs.) for his second squat attempt and he went out on stage and crushed it!

Now with two clean lifts on the board it’s always fun to go for something big on your last attempt so we put in 220 KG (484 lbs.).

Coach PK gave it all he had and came up just short of completing the lift. It was a great effort and we picked up a few technical adjustments from it that we will apply for the next competition.

After the squat round was completed we were standing in 2nd place overall leading into the bench press.

The rules around the bench press make it much harder than it would be if you were just messing around in the gym pressing without all the rules.

For his second attempt, we went in at 140 KG (308 lbs.) and he exploded the bar off his chest looking even stronger than his first attempt for a clean lift.

Again, with two clean lifts on the board let’s go for something big.

For his third attempt, we went in at 142.5 KG (313.5 lbs.) and he drove the bar through the roof for another clean lift and a PERSONAL BEST!

We were pumped after that lift and excited to be standing in 1st place after the squat and bench press round!

Now the truth is, if Coach PK is anywhere near first place leading into the deadlifts, I say good luck to any man who wants to go head-to-head against him on the deadlifting stage!

To open up the deadlift round Coach PK crushed 240 KG like it was nothing (that’s 528 lbs. as an opener)!

The rules for the deadlift are much simpler, wait for the judge to call you on stage, walk up to your loaded bar and pull it up from the earth! At the top, your knees have to fully lock out, your hips have to come through and your shoulders have to be back for a clean lift and you hold it until the judge gives the signal to put the bar down. But you can’t drop it, you have to lower the bar back down in control.

With his first clean deadlift at 240 KG the competition was pretty much won for Coach PK because no one else in his division was deadlifting numbers like that.

I could hear all the competitors back stage talking about how crazy of a jump that was.

Coach PK stepped out on stage and put down an incredible effort but came up just short missing the lift.

We put back in the same number of 275 KG for his 3rd and final attempt of the day and we went back stage to discuss a few minor technical adjustments to help him for his final attempt (once you put in your attempt number to the judges you cannot go down in weight so after missing 275 the only option is try it again or go up in weight).

We had a little straight talk on deck back stage before his final lift and like a true champion he went out there on that stage under the bright lights and ripped that 606 pound bar off the ground like a man possessed!

At that moment, I was so proud to be in his corner and to witness such an amazing feat of strength and athletic performance!

We weren’t leaving Calgary until he picked that damn bar up and that’s exactly what he did earning him the Gold Medal to once again become the Canadian National Powerlifting Champion!

His final totals were as follows: 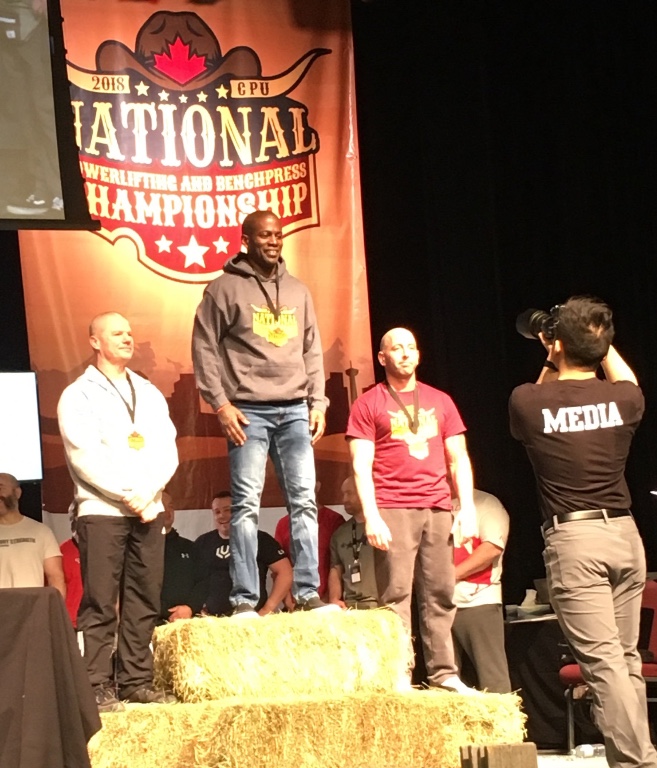 What’s more he achieved the big goal we set out months ago and that was to qualify for the World Championships in June, where he will get to compete against the best-of-the-best in the world!

Congratulations Coach PK! I couldn’t be prouder of you for putting on an incredible performance and for all the dedication and sacrifice I saw you go through in the months leading up to prepare for this competition.

Look out World’s he’s coming to make a statement! 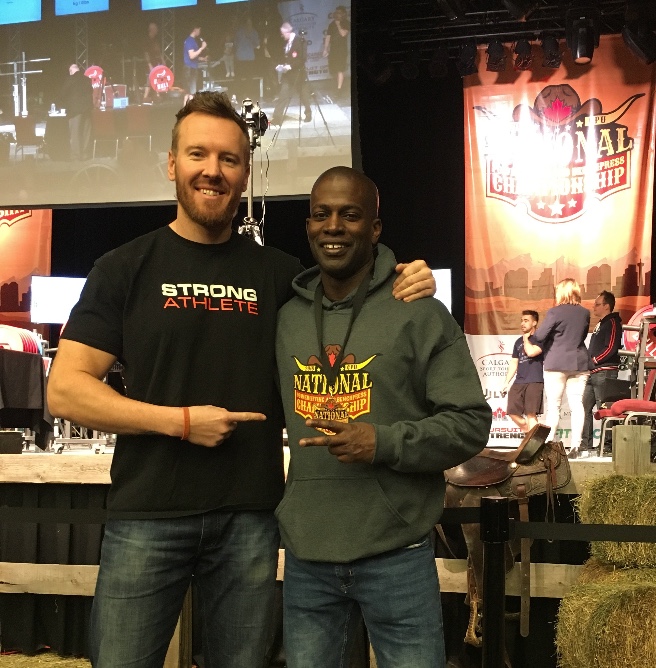 About the Author: Gaetan Boutin

A co-founder of Strong Athlete and former national level athlete, Coach Gaétan is a world-class performance coach and functional movement master who has worked for many years with elite professional and amateur athletes and individuals who want to take their health and performance to the next level. From cutting-edge strength & conditioning design and advanced sports nutrition protocols, to elite athletic performance mindset coaching, Coach Gaétan delivers incredible results for his extensive clientele. Coach Gaétan also specializes in addressing and treating chronic and acute injuries that keep hard-training individuals from achieving their full potential. To work with Coach Gaetan, email him at Gaetan@strong-athlete.com